Here at Protocol, we know all about the importance of good people, we pride ourselves in ‘placing people first’ and have been doing so for 25 years now!

Our business is full of great people, and you may only interact with one or two in your work with us, but there is a whole army of support in the background from IT to Marketing and Compliance to Recruitment Consultants. We thought it was important for you to find out a bit more about the people that make up #TeamProtocol. In this series, you will find out a bit about the person behind the screen, or at the end of the phone.

To continue the Protocol Spotlight series, we would like to introduce you to Simon Hunt, Payroll Manager. Simon has been part of the Protocol Family for a whopping 19 years now, and is based at our Head Office in Nottingham. Here’s what we found out about Simon:

A Fiesta. It’s grey and my Son christened it ‘The Mouse’, because it looks like a mouse.

You mean like a death row last meal? I do like arancini. Or a decent mac and cheese. There’s a lad in Loughborough market who sells the most amazing Indian food – anything from his stall scores very high. And then of course there’s the slightly cliché, but very valid choice of Mum’s Sunday roast. This topic is much discussed at Protocol – we do like our grub. But if you really want to talk food then find Kate Manning; she can rattle on for hours about feeding time.

Call Me By Your Name – film and book probably. Oh, and Breaking Bad… obviously.

I love to cook whilst knocking back a few glasses of red with music on loud. I’m also quite keen on photography. I run a fair bit but that’s more of an effort to stave off the pounds than something I do for the sheer joy.

Unadventurous as it sounds, I love South Devon, for sentimental reasons mostly. But for years I’ve wanted to visit Pripyat and the Chernobyl exclusion zone – I would find it fascinating.

I once appeared live on BBC News (national, not local) to discuss a nationwide BACS failure and how it had impacted our company and presumably other firms too. Many years later someone in IT told me that my rant was all unfounded – turns out they’d meddled with a server that caused our bother on that occasion.

I have a talent/condition where I tend to store obscene amounts of pointless trivia (and struggle to retain that’s actually important…but important stuff is normally dull anyway).

Speaking another language or two would be nice. Or whistling super loud, like some people seem to be able to annoyingly effortlessly.

Pretty much all of the musical Hamilton.

Protocol has been part of my life for so long. Between day 1 and now, there’s been a whole lot of water under that bridge; a couple of kids, a couple of marriages, all sorts of highs and lows – and Protocol has been a key part of this journey. Plus where else would I get an almost limitless supply of Matt Ray?

Keep your eyes peeled for the next instalment of Protocol Spotlight… 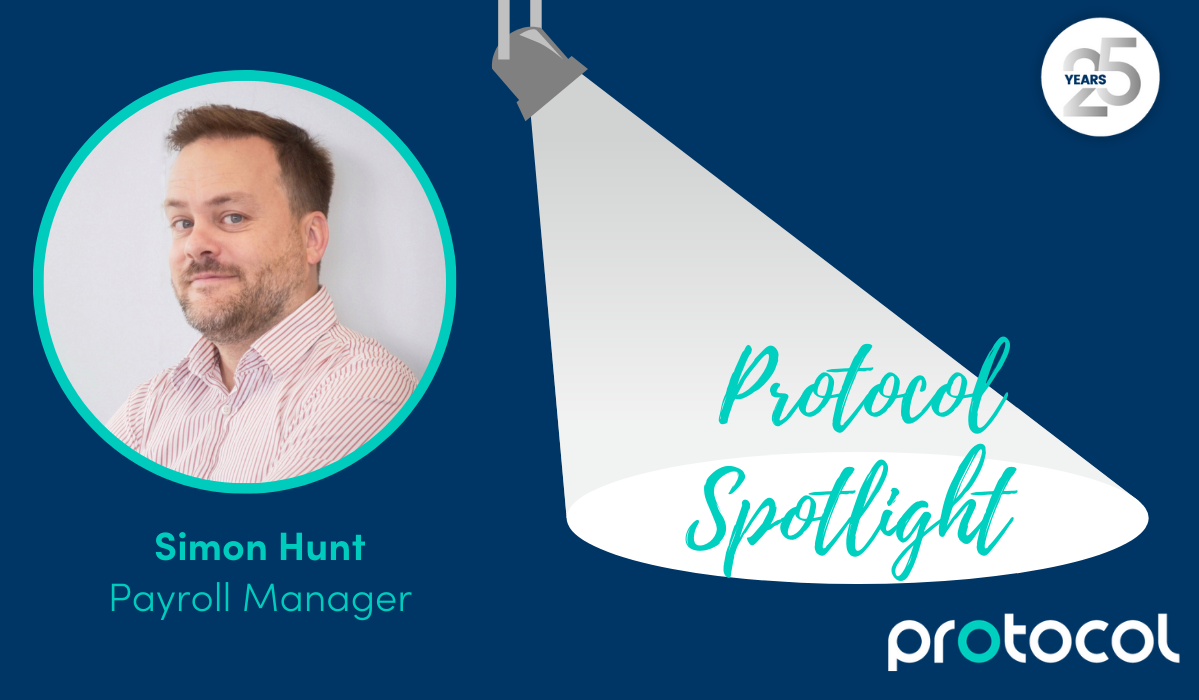 No time to talk right now? Upload a job now and we’ll do the rest!

Talk to a specialist

This website uses cookies to improve your experience while you navigate through the website. Out of these, the cookies that are categorized as necessary are stored on your browser as they are essential for the working of basic functionalities of the website. We also use third-party cookies that help us analyze and understand how you use this website. These cookies will be stored in your browser only with your consent. You also have the option to opt-out of these cookies. But opting out of some of these cookies may affect your browsing experience.
Necessary Always Enabled
Necessary cookies are absolutely essential for the website to function properly. This category only includes cookies that ensures basic functionalities and security features of the website. These cookies do not store any personal information.
Non-necessary
Any cookies that may not be particularly necessary for the website to function and is used specifically to collect user personal data via analytics, ads, other embedded contents are termed as non-necessary cookies. It is mandatory to procure user consent prior to running these cookies on your website.
SAVE & ACCEPT